The Economic Times: Mapletree bid highest for Chennai IT park. 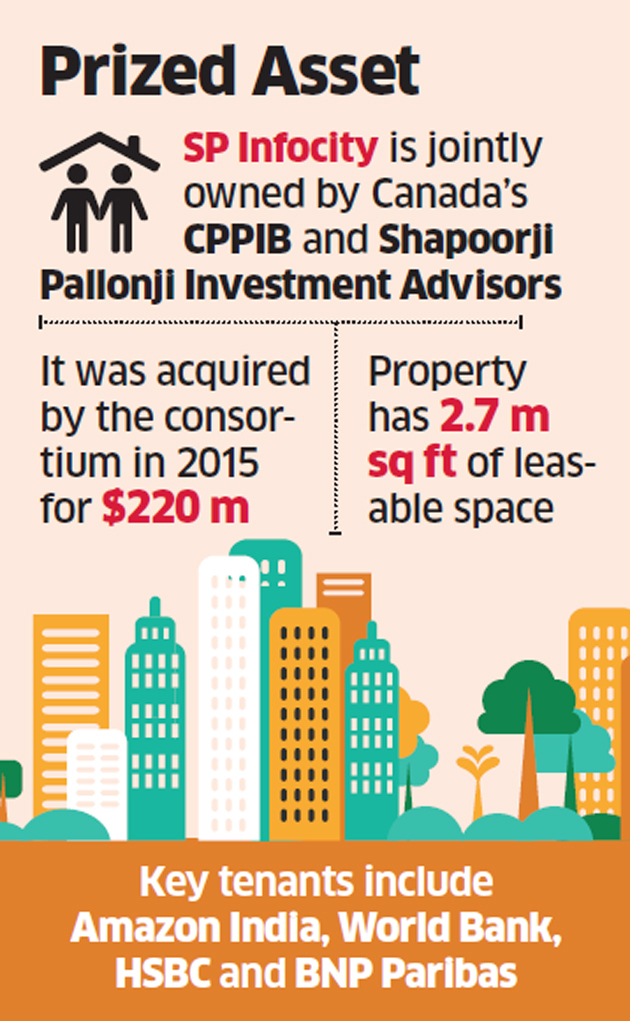 Mumbai | Bengaluru: Mapletree Investment, a Temasekowned real estate asset manager, has emerged as the highest bidder to acquire IT park SP Infocity in Chennai, in what would be the largest-ever single realty asset transaction in India.
Mapletree has offered about Rs 2,450 crore for SP Infocity, jointly owned by the Canada Pension Plan Investment Board (CPPIB) and Shapoorji Pallonji Investment Advisors, said three people aware of the development.
Large real estate transactions concluded so far in India such as the DLF-GIC deal worth $1.9 billion and the $1billion Hiranandani-Brookfield deal involved a portfolio of assets, while this transaction would be for a single asset. “Mapletree Investment has outpaced the GIC-K Raheja Corp alliance that had emerged as the other entity in the final lap,” said one person.

SP Infocity has 2.7 million square feet of leasable space and is over 99% occupied with key tenants including Amazon India, World Bank, HSBC and BNP Paribas.

The Indian Express: Windfall for housing societies that have exceeded FSI limits.